The end of the summer is bringing a slew of new laws and regulations, including the launch of E10 petrol, a new standard fuel, a ban on halogen light bulbs, new banking rules, and the ending of furloughs.

As the Universal Credit uplift is withdrawn, the job retentions scheme is closing, placing strain on the workers.

1. End of the driving license extension

The DVLA’s driving licences extension is coming to an end.

Failure to renew a driver’s licence will result in a £1,000 penalty. Therefore drivers are advised to do so as soon as possible.

According to the DVLA, drivers can continue driving if they get confirmation that their application is in process.

The new ’71’ designs will debut on new cars as part of September’s number plate revisions.

However, the new designs aren’t the only thing that’s changed for number plates, as a new technological standard is set to be implemented.

3. The new E10 fuel will replace the regular petrol

The new E10 fuel, also known as UK’s “Green Fuel” will replace the regular petrol in all forecourts from September 1st.

As a result, E5 will no longer be available in UK petrol stations for most fuel cars.

The difference between E5 and E10 is that E5 includes just 5% renewable ethanol, whilst the new edition contains 10%, lowering the quantity of CO2-based vehicle emissions.

E10 petrol is already widely used in Europe, the United States, and Australia.

Check your car’s suitability on the government’s E10 service portal.

The majority of vehicles produced since the late 1990s and all cars made after 2011 should be fine to fill up with E10.

4. The £20 Universal Credit uplift is nearing an end

The Chancellor rejected all demands for the £20 Universal Credit boost to be extended, which means that from October 1st, the typical claimant would lose £20 per week, or £87 per month or £1,040 per year.

The credit boost, regarded as a lifeline for many families, was effective since the height of the epidemic to assist families affected by Covid.

The average adult on the standard allowance would see their payments reduced from £411.51 to £324.84 once abolished.

5. The cost of contactless payment surges to £100

The legal limit for contactless payments is increasing to £100.

In his Budget earlier this year, Chancellor Rishi Sunak approved the hike.

The limit on payments made using contactless cards and phones is doubled.

It’s the second time the limit has been raised during the coronavirus outbreak, and it’s only permissible because of Brexit.

“As we begin to open the UK economy and people return to the high street, the contactless limit increase will make it easier than ever before for people to pay for their shopping, providing a welcome boost to retail that will protect jobs and drive growth.” Mr Sunak added.

6. A new law limiting the cost of school uniforms has been passed

The School of Education (Guidance about Costs of School Uniforms) Bill will see that certain schools are urged to keep the branded products to a minimum when the terms and conditions are released this autumn.

After being proposed by Labour MP Mike Amesbury, the bill received Royal Assent in April. It was then put into effect two months later.

Despite receiving approval, the Department of Education stated that they would not release the full advice for schools until the autumn.

It implies that parents should not face a price lottery after this date while shopping for branded uniforms.

Parents concerned about the cost of school uniforms have only a few days left to see if their local council can assist with back-to-school expenses.

Under the Education Act of 1990, the School Uniform Grant allows councils to give financial assistance toward the cost of school uniforms.

All local authorities in Wales, Scotland, and Northern Ireland are obligated to provide aid, but it is optional in England. However, some regions do provide up to £150 per child.

Each council that offers the grant has its own set of qualifying requirements, so visit their website to see if you qualify.

Government funding for workers on the job retentions scheme will come to end by the September end.

Employers will have to pay a minimum of 20% per employee, in addition to national insurance and pension payments, after the Treasury’s support decreased from 70% to 60% this month.

The government would provide 60% of earnings for hours the employee is on furlough, up to a maximum of £1,875 under the new rules.

According to the Treasury, they will maintain this contribution amount until the plan expires at the end of September.

From September, debit and credit card providers will be forced to verify online payments with consumers, with a £25 threshold to detect ‘abnormal’ transactions.

The regulation is part of the ‘Strong Customer Authentication (SCA)’ rollout, gradually implemented by Santander since last year.

It will become law in the spring of next year, but banks are encouraged to enforce it as early as next month.

In layman’s terms, this means that lenders and loan providers will begin contacting clients more regularly to ensure that the payment is authentic.

In the worst-case scenario, if the firm cannot contact you to verify the transaction, they may deny the payment or transfer, so double-check your contact information.

There is just one week left for parents to notify HMRC of any changes to their child benefit due to their kid’s schooling.

In other words, once your child starts working, you will no longer be eligible for child benefits.

Teenagers, on the other hand, are still eligible if they continue their education or training.

If you continue to claim it incorrectly, you may face a tax bill, as well as penalties and interest. In addition, payments may stop automatically after the deadline in some circumstances.

On October 1st, gas and electricity rates will rise for 15 million consumers.

This winter, the limit sets the maximum amount that energy companies can charge customers on basic default rates. With the new rates, E.on, SSE, and EDF have already raised their costs.

According to Ofgem, the surge is due to a record spike in energy costs of more than 50% in the previous six months, with gas prices reaching new highs as the globe emerges from lockdown.

Households unable to pay the cap can instead utilise a price comparison website to locate a more affordable, fixed tariff.

According to experts, shopping around for a better offer might save you up to £100 each year.

The Department of Energy has banned the sale of halogen light bulbs since September.

Retailers will no longer be permitted to sell the bulk of halogen bulbs for regular domestic use in the UK due to the new regulations.

Those who own a halogen light bulb will not be required to dispose of it by the deadline, but they will be unable to replace it when it burns out.

A prohibition on the sale of lighting fixtures with non-replaceable fixed bulbs will take effect on the same day.

Households in financial distress may now apply for a one-off payment of £140 to help with their energy expenses.

Warm Home Discount is a government-funded programme that you may apply for directly via your energy provider.

Some businesses have already begun accepting applications, with more firms likely to do so in September.

You will not get cash payment from the Warm Home Discount Scheme.

Between October and March, the discount is valid.

14. M&S is shutting all of their bank accounts

On August 31st, the supermarket’s banking division terminated all current accounts for all existing clients.

That implies you’ll need to switch banks and make sure your money is transferred by this date.

September is bringing a set of new rules and regulations that will affect everyone in the UK. People are advised to review the new laws, to assess impacts on their lifestyles and businesses.

Major schemes are also coming to an end, while banks are enforcing stricter spending limits. Thus plan your finances accordingly. 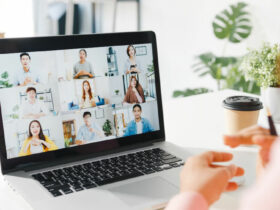 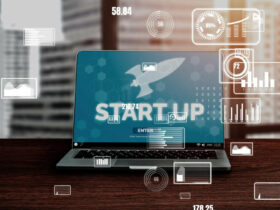 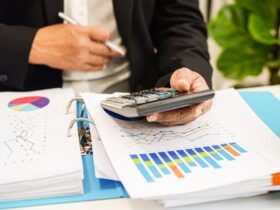 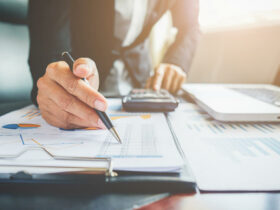 Why is accounting important for startups?

Why is accounting important for startups?

Accounting for startups 101: A beginner’s guide

Why you need a startup advisor 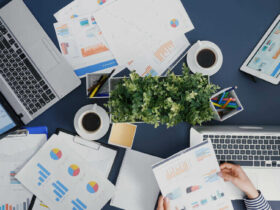 Accounting for startups: Tips to get your startup on track 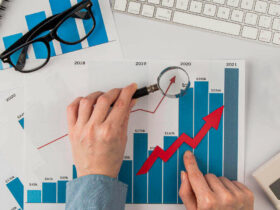 10 Proven Growth Strategies that a startup should use in 2022